How do you brand listening and complexity?

Hey, why don’t YOU change…...
The question of how to motivate people to change is one that philosophers as well as practitioners from a variety of disciplines have been battling with for centuries. History has shown how resistance to new ideas and technology can cause both individuals and entire communities to perpetuate self-inflicted disaster. In the developing world, this tendency can have particularly harsh consequences. In her book “However Long the Night”, Molly Melching describes her campaign to convince rural Senegalese women to abandon the deeply-ingrained tradition of female genital mutilation that leads to the death of thousands of girls every year, in addition to immeasurable human suffering. Rather than addressing the issue, which was strictly taboo, her staff began working with a group of women in an isolated village on issues such as empowerment, health education, literacy, and human rights awareness.  Only after several months in the village, during which they were able to establish a true rapport with the women and gain their trust, did the staff broach the loaded topic of genital cutting. Surprisingly, after several discussions on the dangers of the practice, and after involving a Muslim cleric who was able to confirm that the practice was not mandated by Islam, the women agreed not only to cease cutting their own daughters, but to come out publicly against the practice.
Why was Tostan able to change deeply-entrenched behavior patterns in the community? Why was this intervention successful when so many others failed? One of the reasons, if not THE reason, was that Tostan took the time to create relationships, listen to and empower the community in its entirety, rather than focusing on the specific problem or outcome. One of the women in the first group that decided to speak out said “Nothing would have changed were it not for our new understanding of human rights and a discussion of our responsibilities in relation to those rights. There was no going back after that. It was this knowledge that made us confident in our right to choose for ourselves what happens to our bodies, to preserve our bodies as they are without changes. And we feel confident we can defend this decision if necessary.”

We’re addicted to the Quick-Fix…...
The Western world, which funds almost all development projects, loves the idea of a quick-fix. We love the thought that with the right innovation, technology and media, we can (and should) immediately change the way people think and fix problems that have developed over centuries, if not thousands of years. Our own cultural norms lead us to look for cost effectiveness, speed, clear work plans and pre-determined measures of success in everything we do, including in the complex world of development. Melching describes the problems,“It seemed that many development officers arrived with a clear plan of what they wanted to accomplish and the results they desired without ever asking the villagers if they shared these goals. To make matter worse, most development projects did not include a basic education program the communities needed to effectively manage the projects once the so-called experts left. without the knowledge of how to sustain the projects, they lay dormant, and years later, when representatives of the organizations returned, they would discover rusty vehicles, broken-down millet grinders and pumps, and nonfunctional health centers.”

Melching isn’t the only development professional trying to change this tendency. Tevel is currently phasing out its work in the Mahadev Besi village in the Dhading district of Nepal, where we have had local staff and international volunteers on the ground since 2009. Our work focused on members of the Danuwar Rai, an ethnic group that traditionally settled on the banks of rivers and fished to make a living. For hundreds of years they preserved a unique culture, language and tradition. All that has changed in the past 50 years as the river dried up due to climate change and was re-routed due to the stone quarries built in its path. “Our grandparents used to support themselves solely from fishing”, one villager told the Tevel staff. “Now there are no more fish. We have no way to support ourselves.” When Tevel arrived in the area, the majority of villagers were doing harsh manual labor breaking stones into gravel. The crushed rocks they produced were sold by middlemen to create construction materials. Many community members were malnourished, and children were forced to leave school in order to help support their families.

Helping the community achieve its own goals…
One of the first things that the Tevel staff noticed in Mahdav Besi, was that the Danuwar Rai had land, but it was only being used to grow one crop of rice a year. In initial dialogue with the community, its leaders expressed an interest in learning better ways to utilize their land and increase their yield. Therefore one of the first interventions was to create a demonstration farm, supported by the Israeli Embassy and Mashav, where farmers were introduced to new crops and taught organic methods to expand their yield. The farm wasn’t created by Tevel. Rather the international staff used the project to catalyze the entire community into action - local staff, international volunteers and community members working side by side on the project. Tevel also placed an agricultural expert in the community full-time to lead the training and help farmers implement new methods in their own fields. The work in the demonstration farm was supplemented by the introduction of an irrigation system, a bio-gas technology project and improved cow sheds for clean cooking gas and compost. Tevel also worked with the village’s women, youth and children in women’s groups, youth groups, child clubs and schools to strengthen community leadership and empowerment and create community mechanism to manage the projects.

Community-lead Success
Now, less than four years later, the Danuwar Rai are growing a variety of crops, year round. There is an active branch of the Hami Yuva youth movement (Tevel’s youth movement in Nepal) active in the village, led entirely by local youth who have had leadership training and mentoring from the Tevel youth staff. Health and hygiene have improved significantly through the use of bio-gas toilets. Bio-gas toilets both provide a method of disposing human waste and a source of cooking gas preventing the respiratory problems due to smoke inhalation caused by cooking with wood. There is an active Village Development Council in which all sectors of the community, including women and youth, are represented. The council is responsible for the ongoing management of all projects.  Kids are staying in school, and the youth leaders in Hami Yuva even receive scholarships to continue their education. The community members believe in their ability to improve their lives.

Branding Complexity and Listening
“It would have been nearly impossible for us to map out the specifics of our intervention in Mahadev Besi when we entered the village in 2009” says Micha Odenheimer, the founding director of Tevel b’Tzedek. “We had general objectives such as improving the agricultural yield and empowering the women in the community and we have succeeded in those objectives. However the only way to create a truly sustainable intervention was to spend a lot of time listening to the villagers themselves, and learning from them. By helping them do what they wanted to do, we were able to ensure that they would be committed to the ongoing success and sustainability of the work. And it has worked. ”

The current challenge for Tevel and other similar development organizations is how to best brand that model of flexible intervention according to community needs. “It’s really hard to brand a complex process. The fundraising campaigns that are doing really well are those that speak simplicity, like Charity: Water for example. It’s easy to grasp, it seems so easy. Give people clean water and bang, their lives will be better. But we know from our experience in the field that it isn’t that easy. If you don’t listen to the communities, they won’t listen to you. If you don’t build community mechanisms to support projects, they will fail. Our challenge now is how to express that idea to potential donors and supporters,” says Odenheimer. 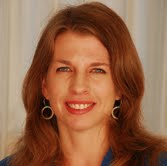 Elana was born and grew up in the United States, and has been living in Israel for the past twenty years. She served in the IDF as a basic training commander for at-risk soldiers after which she worked in a variety of capacities in international education including coordinating international programs in the Jewish Agency such as Marva, summer volunteer programs and the Magen David Adom Ambulance Volunteer Program. She then founded and served as the Director of the Career Israel program that places hundreds of college graduates from abroad in internships in Israeli organizations and companies annually, and later became the Deputy-Director of the Long-Term Program Division of the Israel Experience Ltd. before joining the Tevel team last year. In her spare time she tries to write, run and take care of her four amazing kids.